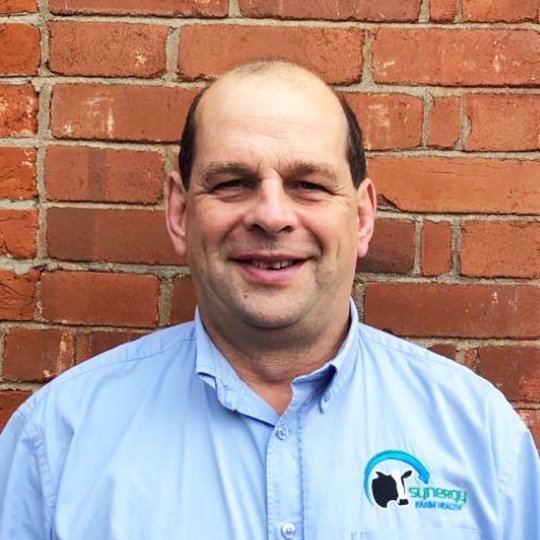 Andrew is Managing Director and is responsible for coordinating the Management teams and ensuring the smooth running of the Business.

Andrew is  Chairman and SOV of XLFarmcare Wessex Ltd and is a Governor at Kingston Maurward College, Dorchester.

Clinically he is interested in proactive health planning programmes, fertility management and calf health. He has an active interest in Responsible Use of Medicines and the steps we can take in veterinary practice in minimising any impact on AMR (anti microbial resistance).

Andrew is married to Mary and has two children, Sian and Ieuan, one dog, two cats, a rabbit and eleven sheep. He enjoys beer, singing, rugby, being Welsh and especially beating England! 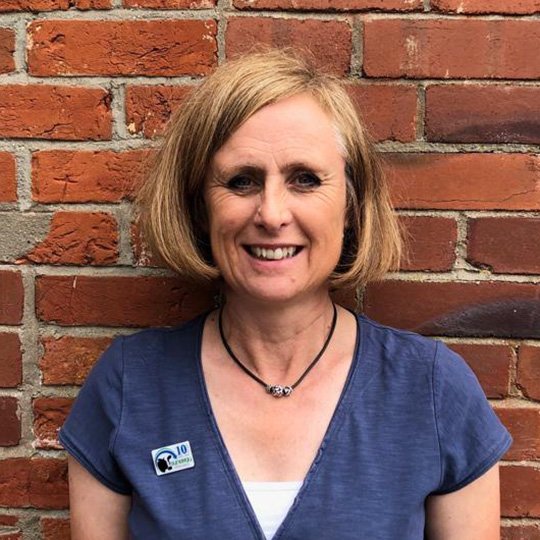 Jo is Practice Manager; responsible for ensuring the practice runs smoothly and provides a professional service for our clients. This includes the general management of all staff and facilities which keeps her challenged!

Jo has had an extensive career in the veterinary industry which has included veterinary nursing, teaching and examining before making the move into practice management. Jo joined Synergy with the farm clients from Langport Veterinary Centre in 2012 where she had been practice manager for a number of years. She lives on a beef farm just outside Langport. 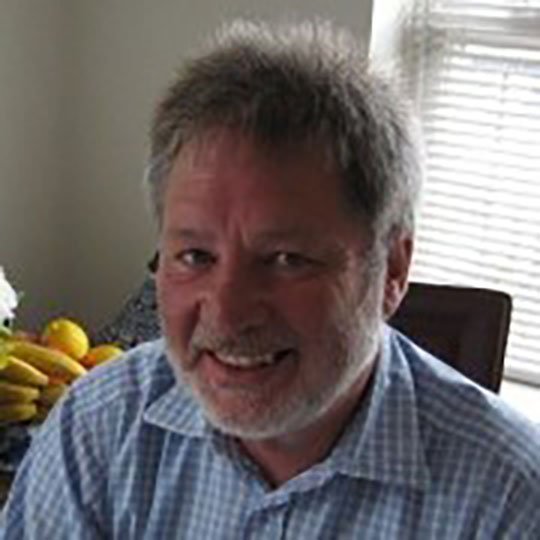 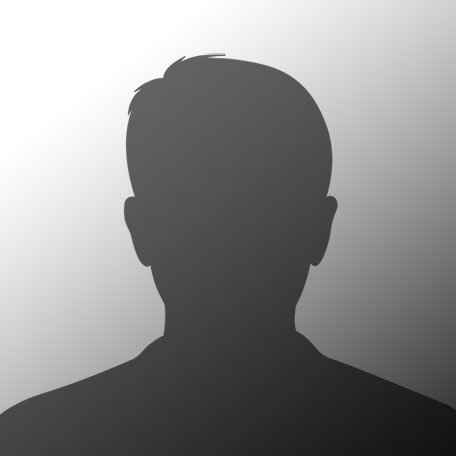 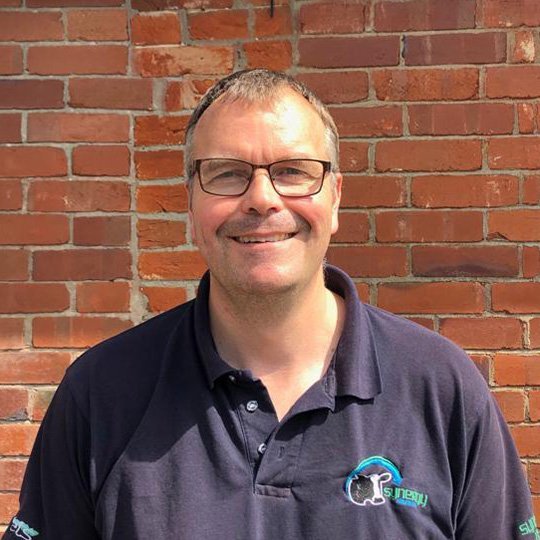 His areas of interest include all aspects of cattle medicine and husbandry, in particular nutrition, mastitis and organic production. Outside his practice work he has performed a large amount of consultancy to both farm and allied industry throughout the supply chain and is an associate consultant of Evidence Based Veterinary Consultancy. Between 2002 and 2005 he sat on BCVA council and between 2003 and 2005 chaired Bovine TB and welfare for BCVA. In 2006 He was jointly awarded the Vetoquinol award for "Outstanding contribution to the Cattle Veterinary Industry" and in 2015 was voted Farmers Weekly Farm Advisor of the Year. Alastair has authored a number of papers in the field of cattle health and is Co-author with Kat Bazeley, also of Synergy, of “Practical Cattle Farming” published by Crowood Press and co-edited Dairy Herd Health published by CAB International.

Alastair is married to Rachel who is also a vet at Synergy. He enjoys all sports and plays squash, cricket and mountain bikes whenever he is not injured! 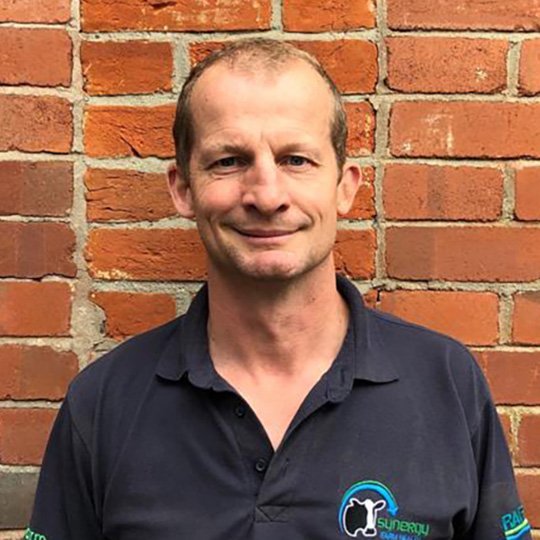 Jon Reader qualified as a veterinary surgeon in 1997 from the University of Bristol and has been a farm animal vet in Somerset ever since. In 2001 he gained the Certificate in Cattle Health and Production and then in 2010 the Diploma in Cattle Health and Production. He is an RCVS recognised Specialist in Cattle Health and Production and in 2013 was runner up as Farmers Weekly Farm Advisor of the Year. He holds the NPTC Level 3 foot trimming qualification and has also attended a five day Dairyland foot trimming course in the USA. Jon is a LANTRA approved trainer and is also a member of the Nottingham Dairy Herd Health Group (NDHHG) as well as being a member of the UK Dairy Cattle Mobility Steering Group. Jon is a Healthy Feet Programme mobility mentor but is also a trainer for other mentors. He jointly runs the BCVA advanced practitioner lameness course.

Jon has been involved with lameness all his career and has a particular interest in foot trimming, working with para professionals as well as using technology to assist in the recording and analysis of mobility and lameness records. He has carried out peer reviewed research and has presented papers at conferences both nationally and internationally as well as carrying out consultancy work in China.

Jon has a particular interest in large herds and facilitating effective recording and analysis of data.

Jon is an Executive director of RAFT solutions, an SME delivering close to practice research, training and consultancy for the Agri Industry.

In September 2004 Jon began a 12-month sabbatical and was a crew member on board the Samsung yacht in the Global Challenge round-the-world yacht race. He enjoys many competitive sports including rugby, hockey and golf and when time allows enjoys endurance cycling events. 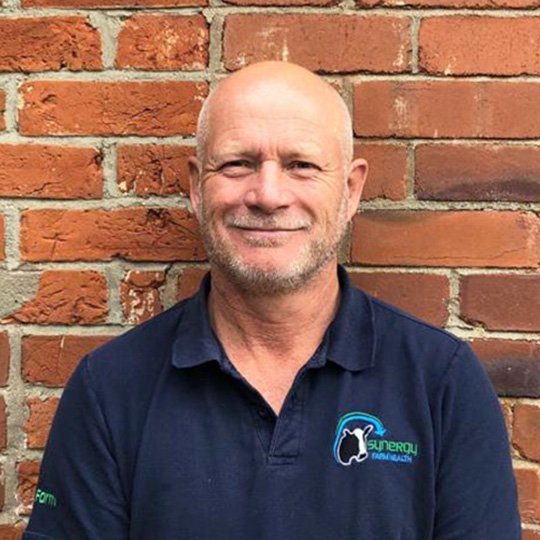 Marks interests are in all areas of cattle veterinary work, particularly lameness, reproduction and surgery.

Mark qualified in 1985 from the Royal Veterinary College.  He is currently the Clinical Director at Synergy Farm Health.

After qualifying as a vet Mark started work in Castle Cary, Somerset under the late foot ‘guru’ Don Collick. After 3 years and several ruined cars later (handbrake issues!) he went AWOL in India and Nepal for seven months. On returning to the UK he worked briefly in London and the Cotswolds but missed the cows and in 1990 joined Southfield Veterinary Centre in Dorchester. In the following years he gained the Certificate in Cattle Health and Production, the Diploma in Bovine Reproduction and spent a week in Holland to obtain the Dutch Foot Trimming Diploma.

Developing a foot trimming service was hard work (lead by example!) but he is convinced that the ultimate service to farmers is provided by having all aspects of lameness control under one roof. With this in mind he helped develop the ‘Cattle Lameness Academy’. He is a firm believer in the valuable role veterinary technicians can play in farm animal practice and is proud to have developed what is currently the biggest vet based team of Techs in the UK.

In 2015 Synergy Farm Health started a major teaching program for vet students in association with the Royal Veterinary College. Mark was instrumental in the development of this and now oversees the teaching.

In 2010 Mark was honored to be awarded the 'Farmers Weekly Livestock Advisor of the Year'. He has talked extensively on many aspects of herd health to both vets and farmers in the UK as well as in Europe, Japan and Russia.

Now his glory days are over on the rugby pitch he tries to stay in shape by cycling whenever possible; he is also a keen skier. Mark's wife is a retired vet with a thriving pottery business; they have three children. 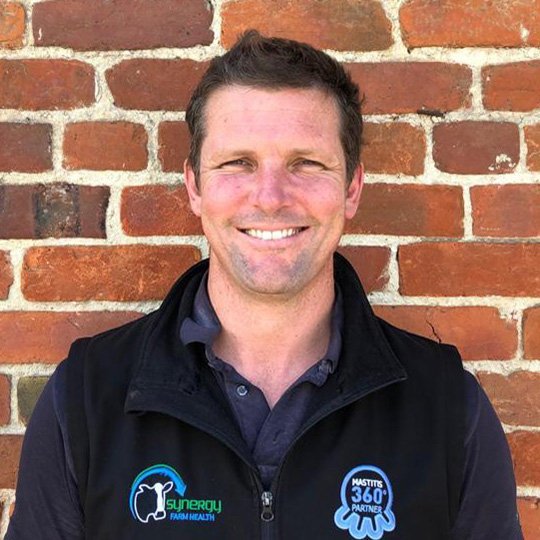 Tom is originally from the Purbecks and after some years in farm animal veterinary practice in Oxfordshire and New Zealand has come home to settle down. He has a special interest in mastitis control and loves all things bovine.

He is married to Laura and they have 4 children. Most of the time out of work is spent chasing around after the kids but he enjoys getting outdoors and a good pint of cider.

Signup to our Newsletter